Made at HRC Case Studies

Louise is a part-time student at HRC studying Floristry once a week during the evenings.

The Floristry classes we run here at HRC have been a great success for those who have a creative flair. Louise wanted to take up a new hobby that was fun and interesting, it’s a great way to meet new people and use your creative skills in everyday life. “I’ve learned lots of new skills and information about floristry and flowers.” The class isn’t just about how to arrange flowers, you learn “how to wire flowers and arrange them in different displays, I now know how to hand-tie funeral flowers and create modern displays.”

Our staff at HRC are all industry specialists who are passionate about what they do. Louise said “our tutor Jo is brilliant! She has so much knowledge and experience about floristry. I learn so much every week and always develop a new skill.” HRC is a great base to learn, especially for our art and design students as there is so much space to work with a lot of natural light.

What will you take from this course?

If you are looking to gain a more in-depth understanding of the floral industry and learn the underlying techniques of design, then this course is definitely for you. “It’s my new hobby that I love, I have been making arrangements for friends and families for their birthdays since starting the course.” It really is for anyone of any age.

How would you describe the course in one word?

If the idea of a floristry class or part-time course appeals to you, please visit our page to see what we have to offer. Click here to find out more! 😍 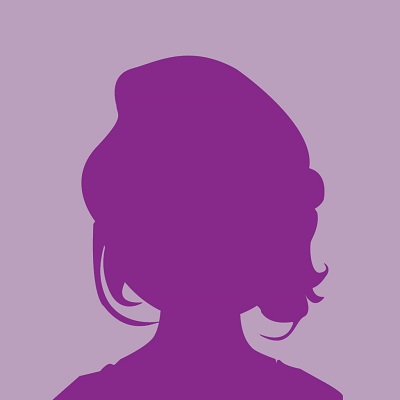 Lesley is a Finance Manager for a charity called SNU Trust based in Stanstead. Lesley studied part-time Accountancy alongside her full-time job in order to progress in her career and is now fully qualified in AAT levels 2, 3 & 4, completing in May 2018.

Lesley said she “fell into this career after working for banks when I left school.” She moved very quickly into the industry when she discovered she had “transferable skills.”

After a few years, Lesley decided to take a career break. However, she found when returning to the industry that she needed formal qualifications to be able to do the job she wanted, “a QBE was no longer acceptable in my area of work.” Lesley chose HRC as it was close to home for her and the AAT Part-time course covered all of the skill aspects she needed to progress further within her job role. The course covered aspects such as bookkeeping, company accounts and the consolidation of accounts. After completion of the course, Lesley said, “I now have the confidence to fulfill my role to the best of my ability and be sure that I have the skills and understanding to ensure that the charity I work for puts into place good business practices.”

“I definitely recommend HRC, although I would urge anyone thinking of doing this course to ensure you have the time to devote to it as it is a big commitment but ultimately worth the effort!”

“I’m the Finance Manager for a charity and oversee all things including office admin, investments with brokers, consolidation of Ltd Co accounts over three sites, partial exemption VAT, bank accounts, management accounts, budgets, anything at all really!

In the past, the organisation would be guided by our auditors in terms of how we need to do things to ensure we stayed compliant with statutory regulations. Whilst we still get the guidance, it’s now assumed that the person in this role has the understanding to implement annd agree on any changes, rather than asking how to make them. In addition, a better grasp of the consolidation process means that I can ensure records are kept that help our auditors to review our accounts much more quickly resulting in much lower accounting costs for the charity at the year-end. It’s also rather nice to understand what’s being explained during our audit rather than keeping notes and going away to work what they were talking about later!

Going forward should I wish to move on to another job, I have the formal qualification to back up my CV as much of what I have done is QBE.”

If you feel inspired by Lesley's story or would like to know more about the part-time courses that we offer here at HRC, click here!

Well done to all of our Public Services students who helped with the runnings of Dickensian Evening in Ware on Frid… https://t.co/Tv7eefKVpF